How to Find a Project Car 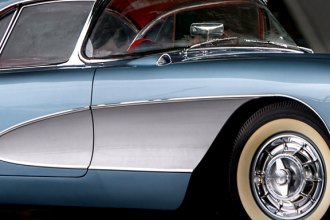 You've been to the car shows, cruises, and cars and coffee meets, and maybe to the race track; heard all the restoration stories and tales of resto-mod, tuner car, and track beast builds; and now you want in on the action - you're ready for a project car. Well, we created this article just for folks like you, to help you make smart decisions in your project car search and avoid the pitfalls that many enthusiasts (including some of us) have experienced. But before we go any further you should ask yourself a question: Is a project really the right car for you?

Some enthusiasts are under the misconception that if they invest a lot of sweat equity in a project, they'll end up spending less money than they would buying a finished car. Yet, watch any car auction and you'll see the fallacy of that assumption. Modded and restored cars routinely change hands for a fraction of what they cost to build. In fact, when a car is gaveled sold, "you couldn't build that car for that money" is one of the most frequent remarks you'll hear from auction commentators. But a project shouldn't be the spinach you have to eat to get your desert. If the wind blowing through your hair going on a drive or exhibiting your car on the show field and winning trophies on sunny Sunday afternoons is the stuff of your automotive dreams, then just save your money and buy a car that's already done.

And there's nothing wrong with that. A car enthusiast can be compared to someone taking a cross country trip. Some enthusiasts live for that Sunday drive, the day at the track or the car show, just as some travelers want to step on a plane on the east coast and be enjoying themselves in California a few hours later. Then there are the travelers who want to drive across country, maybe on parts of the old Lincoln Highway or Route 66, see the sights and experience some of the local flavor along the way. For these folks the journey is just as important as the destination, maybe more so. And so it is with a project car. It's simple really, get a project car if you love working on cars. If you're the type of guy who'd rather be in the garage wrenching when everyone else is inside watching football, or lounging in the pool, then a project car is most assuredly for you. So, let's get started! 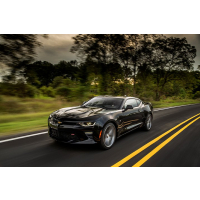